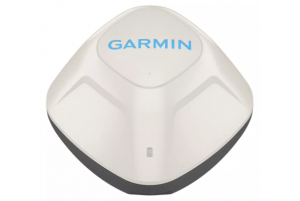 The STRIKER Cast is one of the most innovative portable fish finders we’ve ever reviewed – if you can even call it a fish finder.

Garmin, innovators in the field that they are, decided to do away with selling you a screen with a touchpad. With this device, your phone is the fish finder, and the STRIKER Cast is the humble transducer/GPS plotter.

The interface is, again, based on your phone’s interface. Basically every phone on the planet has a touchscreen. That presents a problem – if your screen gets wet, you might find it difficult to navigate the app that comes with the Garmin STRIKER Cast. Fortunately, the app is pretty simple, and there aren’t too many screens to navigate through.

There are a few different display options included with the app. You can turn arches into fish symbols if that makes it easier for you to spot fish. You can adjust the gain or brightness in order to reduce noise or increase returns. You can also swap from a chart view to a flasher view – a great option for old-school anglers or those accustomed to ice fish finders.

Mapping is where the Garmin STRIKER Cast really punches above its weight. This unit has better mapping than units that cost twice as much. The only real disadvantage is that you can’t lay routes and tracks. You can still use waypoints, but we hope tracks are added in whatever version Garmin develops next.

You can, however, create, download, and share detailed 1-foot contour maps using Quickdraw. Quickdraw is one of the best contour mapping softwares on the planet. The STRIKER Cast is, at its core, a transducer/GPS combo with almost no bells or whistles. That makes the device an absolute star when it comes to contour mapping.

This device is wonderful for pre-fishing a body of water before a tournament. It’s also an excellent way to give back to the community by sharing contour maps. If you’ve read any of our other reviews, you probably know how much we love mapping out bodies of water. The STRIKER Cast might just be the most affordable way to do just that.

The sonar here is totally unremarkable, and compared to most modern transducers, it’s pretty limited. You’re only getting to see depths of up to 150 feet, while modern transducers can go well below 300 feet. For many anglers, however, this limited range won’t affect them – they rarely fish in water columns that go deeper than 150 feet.

When it comes to networking – you guessed it – it’s all based on your phone. The unit itself can connect to your phone through Bluetooth – your phone MUST be Bluetooth-compatible to pair with the STRIKER Cast.

You’ll need an Internet connection to download the app, but the app itself works even if your phone isn’t connected to the Internet. You can also upload and download the aforementioned contour maps when you’re online.

This is a really nifty gadget! We love how easy it is to use, how portable it is, and, most of all, how inexpensive it is.

In fact, a lot of this device’s qualities depend on your phone. And if you drop your phone in the water – well, let’s just say the waterproofing on the STRIKER Cast won’t help you too much.

That all being said, for what it is, we absolutely love the STRIKER Cast. It’s incredibly well-designed, the mapping features are way beyond what we’d expect for the price point, and it’s a great way to find fish without breaking the bank.